Pembridge people: the Mortimers and the de Genevilles

The Pembridge connection with the Mortimers is evident in this extract from The Wigmore Chronicles:

“1301 . . . . also the same year on the vigil of St Matthew the Apostle (20th September), Roger, the sone of Edmund Mortimer, was betrothed at Pembridge to Joan, the daughter of Peter Geneville; and then on the night after that feast a comet appeared, lasting for the seven following nights. . . .”

A chance conversation, following the creation of the effigies costumes, led to the recreation of their wedding outfits from 1301. 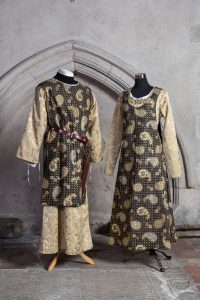 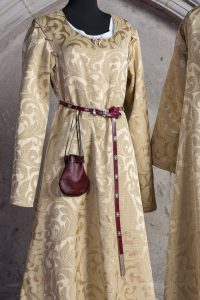 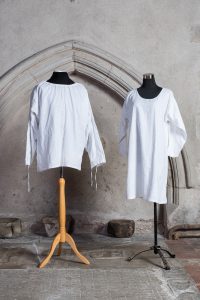 More information and a brochure about the making of the costumes can be found in Pembridge Church.