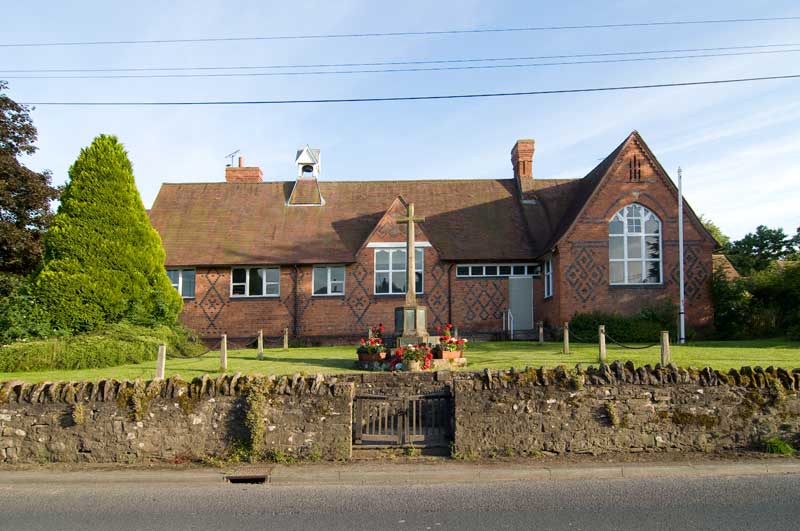 2020 marks the hundredth anniversary of the War Memorial in Pembridge. Sitting in front of the old school building, it is a focus for the Remembrance Service in November, for the rest of the year it is easy to pass by without paying attention to it.

To mark that, we’ve put together a brief timeline of how it came to be. Most of the below dates were taken from the Parish newsletter of the time, which had been cut out and saved in the notebooks of Mary Langston.

The parish magazine reports that three meetings have taken place to discuss what form the War Memorial was going to take in Pembridge. At this point it appears a committee had been formed and fundraising had started. There was some discussion about the location with both the churchyard and in front of the school being suggested. We know that the front of the school was the chosen location.

At this time they had collected £200 (over £10,000 in today’s money) although there was criticism of those who had failed to contribute, as H. C. Green Price, writing in the Parish magazine said:

‘I am glad to be able to tell you that over £200 has been collected for the Memorial, and that nearly everyone (I say nearly, because to their shame I hear some have failed to respond to the appeal) from the poorest to the richest, has given his or her offering’

There was a suggestion that if there is any spare money, it would go towards a tablet in the church. This may have happened, but if so it is not the tablet we see today. That came later.

At 6 o’clock in the evening, people gathered outside for the unveiling, by Major Gen Sir E. Wood C.C.B, and dedication, by the Lord Bishop of Hereford, of the War Memorial. The parish newsletter records that the day was beautifully fine and that the service was attended by ‘a large number including the relatives of the fallen, ex-service men, the architect and the builder of the Memorial, the school children and parishioners generally.’ The service included the singing of the hymn ‘The Supreme Sacrifice’ (more commonly known as O Valiant Hearts today) which was based on a poem by John Stanhope Arkwright, who lived at Hampton Court in Herefordshire, and was set to music by Dr Charles Harris, vicar of Colwall.

A copy of the order of service has survived and shows that this was an important event for the village, to mark the sacrifice of those that had died.

It was reported in the October parish magazine that the War Memorial Committee sat on this date to go through the accounts of the War Memorial fund. They found that after all the bills were paid that there was a balance of a few pounds. The committee decided to use this money to add the names of two men who had been inadvertently omitted from the original work and have some work done on the wall in front of the memorial.

The final meeting of the War Memorial Committee. Sir Elliott Wood presented the final accounts, which showed a balance in hand of £4 9s 5d. At this meeting the War Memorial was officially handed over to the Parish Council for care and upkeep, along with the balance of the money raised.

It was reported in the November issue of the Parish magazine that the Church Council had decided to erect a brass tablet in the Church as ‘a more worthy and permanent memorial to the men of this place who fell in the War’.The costs were estimated at £10 (about £685 in today’s money) of which they had already collected £4 and asked for donations for the rest. The cost was to include the faculty fee (a faculty is permission to make a permanent change to the inside of the church). They obviously saw no problems in getting either the money or the faculty, as the article goes on to say that they intended to unveil it at the Morning Service on Remembrance Sunday, which can’t have been that many weeks away.

This month’s Parish magazine reported the unveiling of the new tablet in the church by Sir Charles Dobell at the Remembrance Service on 14th November. The appeal for costs had been so successful that there was money left over for an oak shelf beneath the tablet.

Sadly more names had to be added to the war memorial.

The gates in front of the war memorial were added to commemorate the coronation of Queen Elizabeth.

Today the War Memorial is still a central part of the Remembrance Day Service.