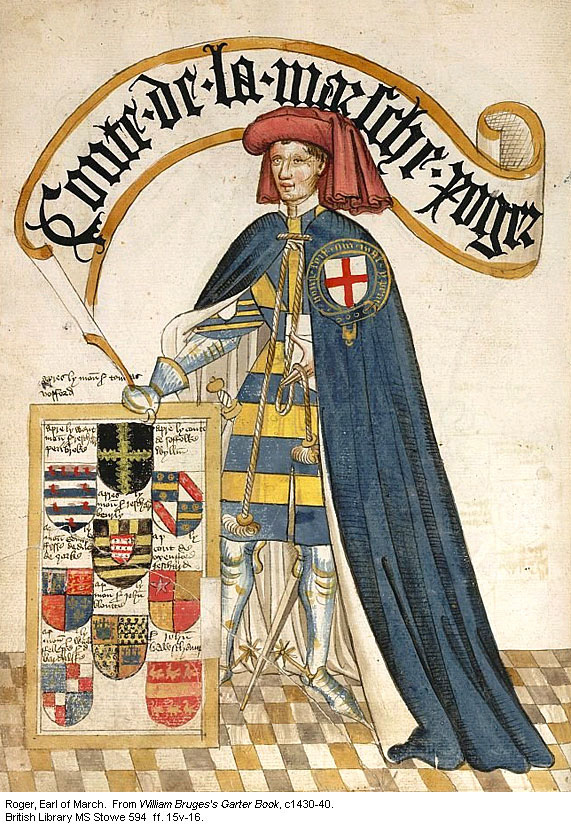 Roger Mortimer was born on the 25th April 1287, and it probably one of the most well known of all his family to bear the name Roger Mortimer. He became one of the most powerful Marcher lords, becoming first Earl of March. He rose in power until he took up arms against Edward II, at which point he was captured and sentenced to the Tower of London. Escaping the Tower he fled to France, met Isabella, Edward’s wife – together they deposed Edward and ruled England until Edward III came of age. Edward III did what his father hadn’t managed and had Mortimer executed for treason.

But what is Roger Mortimer’s connection with Pembridge?

When he was he was born Pembridge was one of the many estates and lands held by the Mortimer family, however it was an important residence for the family. Roger married Joan de Geneville at Pembridge on the eve of the feast of St Matthew (20th September) 1301. At the time he was 14 and his bride was 15. In the first three years of marriage they had two children.

The church as we know it to day wasn’t built at this time and it would have been the previous Norman church which would have been visible from the castle that was the Mortimer residence. It is likely that the church was built during his lifetime. (See the blog post on dating the church). It is known that Roger visited Pembridge in November 1326, potentially to see work starting on the church? We can only prove that Roger visited Pembridge twice, this covered a major event in his life – his marriage.  The size of the church shows that importance of the village at the time and it possibly Roger we have to thank for this.