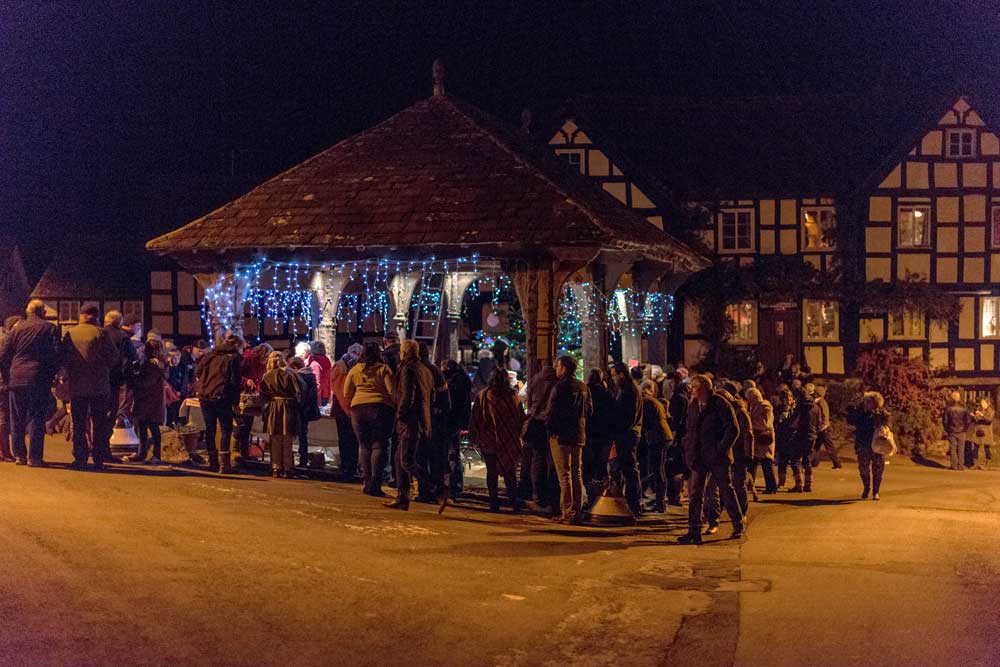 Henry of Pembridge had a large influence over the development of Pembridge in the 13th Century; he granted a charter for two fairs. The photograph above shows the Christmas lights being switched on in the market hall, where these fairs would have taken place.

In around 1240 Henry of Pembridge also granted a charter to the borough of Pembridge, giving the town the liberties and free customs according to the law of Breteuil.

Breteuil is a small town in upper Normandy, which would not seem to have much connection with a village in Herefordshire, however following the Norman conquest in 1066 it had a much stronger connection with this area. Roger of Bretuil was a Norman lord who followed William the Conquerer to England, fought at the battle of Hastings and was rewarded by extensive lands in the Marches, including being made Earl of Hereford. It is likely he brought with him the customs and liberties he was used to from Normandy and introduced them to Hereford. These customs were then used as a model for charters for other towns, including Pembridge.

The original customs and liberties that were granted to Breteuil are not known, however it is apparent form other charters that they were generous to attract settlers, with low fines and large burgage plots.

The charter that Henry granted reads as follows:

Be it known to all present and future folk that I, Henry of Pembridge, have given, granted and by my present charter, have confirmed to all my free burghers of Pembridge, all liberties and free customs, according to the law of Breteuil dealing with tournaments and fairs, according to the tenor of the charter of Lord King Henry, which I have, having and holding to them and their, from me and my heirs forever, freely and quietly in peace, honourably and honestly. They and their heirs paying me and my heirs for any burgage, 12d annually at Michaelmas, for all exactions and demands which arise in regard to free burgage constituted and having their origin in the law of Breteuil. I, indeed, the aforesaid Henry of Pembridge and my heirs shall guarantee and defend, to all the burgesses and their heirs, all the liberties and free constitutions, above named, in accord with the law of Breteuil, against all men and women. And that my charter may remain firm and stable, I affix my seal.