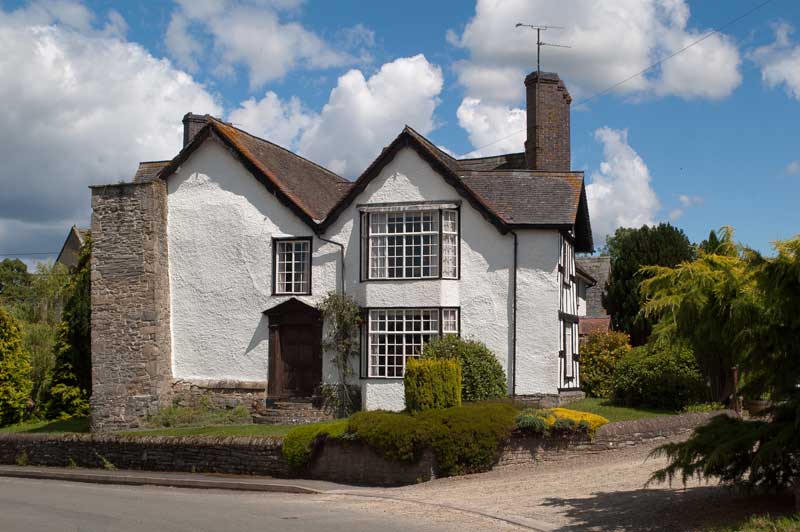 Last week we mentioned that there were three generations of Essex Sherbourne who lived in Pembridge. The second of these was the grandson of William Sherbourne and a lot of what we know about this Essex Sherborne comes from his will, which was written in 1723, two years before he died at the age of 67. He lived at the Court House, Pembridge and was a gentleman and a farmer, with a ‘deare wife‘, who survived him. Though he was a wealthy man he asked for a modest funeral, ‘to be buried in my father’s grave as may be convenient with as little Expense as may be and to be decent.’

His death and lands are detailed in the bequests that he made in his will:

Will of Essex Sherbourne

THE WILL OF ESSEX SHEBORNE of ‘THE COURT’ PEMBRIDGE. Written in 1723
ln the name of God Amen. I Esssx Sherborne of Pembridge in the County of Hereford Esq. being in p(er)fect mind & memory thanks be to God doe make this my last Will & Testament as followes

And I give and bequeath unto my said nephew Essex Sherborne and his heirs for ever all the other freehold and Copyhold lands which I bought and purchased of Mr John Prise lately dec’d or of my brother Sherborne  dec’d or of Wm. Parlor Joyner dec’d or of Fransis Smith of Kington or of any other p’son or p’sons lying and being in the p’ishes of Pembridge or Eardisland or elsewhere in the County of Hereford.

I give and bequeath unto my said nephew Essex Sherborne and his Assignes all my leasehold lands and the benefit owing as far as in me lyes together with ye yearly Rent issuing out of the farmes of Twyford and the Broome and lease of ye Water AND whereof there is a Settlement of great part of my Estate on my deare Wife and of the Copyhold and leasehold lands hereby Given and bequeathed unto my said nephew Essex Sherborne and his Assignes which out of affection and kindness to him is willing to remitt Upon Condit’on that he my s’d nephew Essex Sherborne his heires Adm’ or Assignes shall and will att the end of three moneths next after my desease and soe att the end of every moneths successively during her life pay or cause to be paid punctually and without delaye the sume of fifteene pounds of lawfull money of Great Brittaine to her or to her Assignes without any deduction or defaltat’on whatsoever to the payment doe hereby charge and make subject All my lands Tenem’ts Hereditam’ts and p’mises be it freehold, copyhold or leasehold hereby Given and bequeathed nd which I dye possessed of to the true and exact payme’t thereof

Item And I give and bequeath unto My bro’ Nicholas  Sherborne Rector of Pembridge the sume of five pound.

Ite. And I give and bequeath unto my bro’ Cocks. And sister D? the Sume of ten pound

Item I give and bequeath unto my neece Davenant her sister an Annuity or Rentcharge of Tenpound p. Annum to be issueing out freehold lands above mentioned during her life But to commence only from the death of her father and to be paid her without any deduct’on.

Itm. I give and bequeath unto my deare sisters Gertrude Lyde Alice George Mary Burton Sherborne and Dorothy Sherborne the sum of five pound a peece

Itm. I give and bequeath unto my deare sister my brother Davenants Widd and Relict One Guinny which I desire her to accept as a Token of my true love

I give and bequeath unto my Coz. Powel the sume of five pound and to every Godsonn and God daughter of Mine one Guinny each

I recommend to my Nephew Essex Sherborne the deplorable condition of his bro. Will Sherborne in case his said brother survive that he suffer him not to want