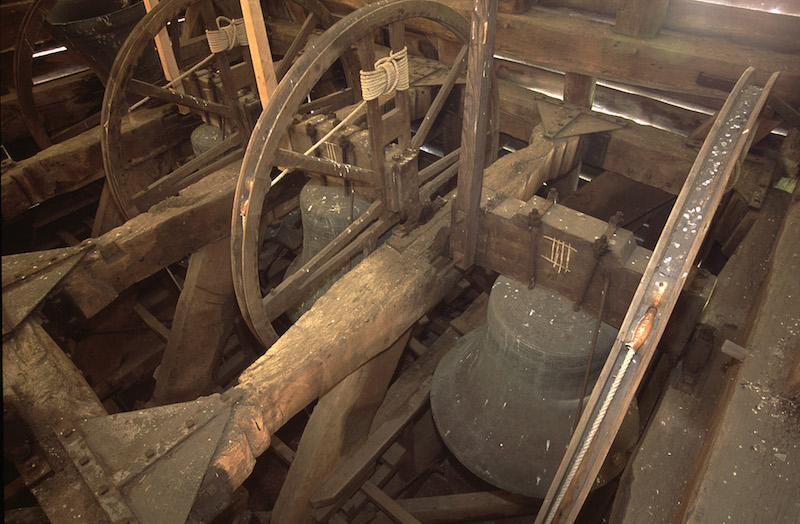 There is a peal of five bells in Pembridge, which are still rung regularly.

According to Mary Langston, writing in the 1930s, the following are the inscriptions on the bells:

4. A Reformation bell: rough tracery runs around the top, broken by the words: ‘William Hall and Howard Rogers, 1658”.

5. This bell is inscribed with the words:

“To the Glory of God and for calling Souls to worship Him.
Recast A.D. 1898 from a Pre-reformation bell on which was inscribed ‘Assit principio Sancta Maria Vocato’.
James Barwell Founder. Birmingham
F. Whitehead, M.A., Rector.
A. P Turner,
H. Langston. Churchwardens.”

These inscriptions suggest that the majority of the bells were recast in 1658, and it is likely that the bells were augmented to a ring of five at this time. There was a lot of work carried out on the bellower during the 17th century, but subsequent to that only minor repairs took place until 1898 when a major restoration project was carried out and the bells recast by James Barwell, who ran a bell foundery in Birmingham. 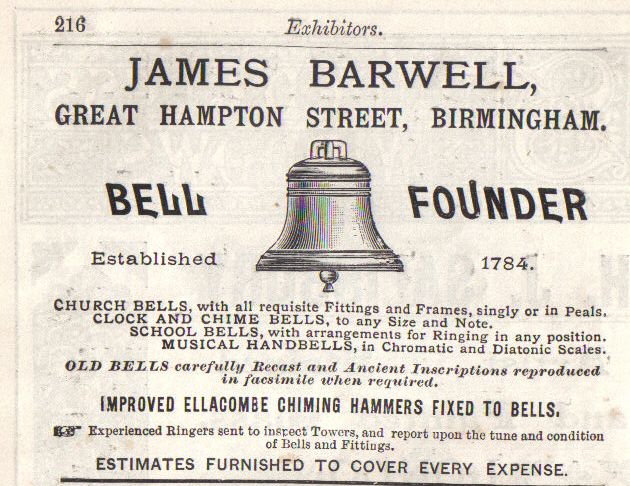 The tenor bell, in particular, was reported by Rev J B Hewit, Rector of Upper Sapey, Worcestershire, formerly curate of Pembridge when writing in the Woolhope Club Transactions of 1901, to have been badly chipped. Evidently it had been the tradition up until that point to use a blacksmith’s hammer to ring the bell on occasions of festivity, as this produced more noise than the clapper.

These days the bells are rung in a more traditional fashion.