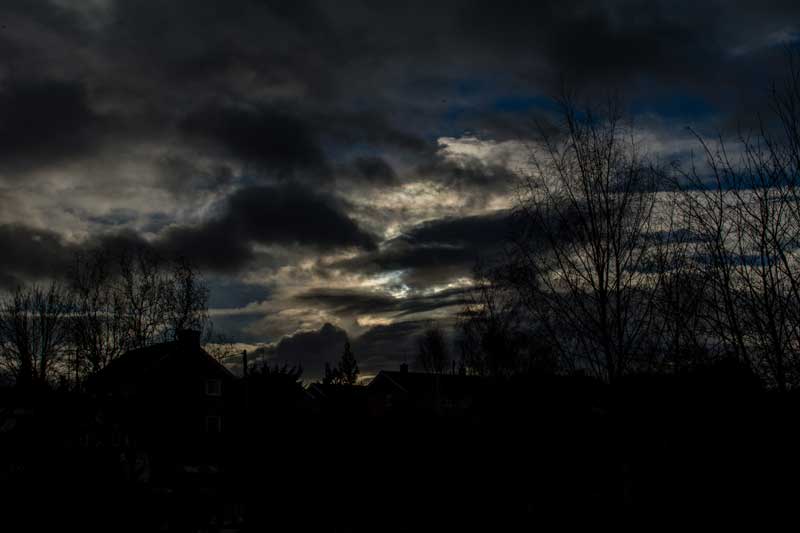 All villages have their ghost stories and Pembridge is no different – previously on the blog we’ve briefly mentioned some of the legends from the history of the village. The following account is taken from the book Saducismus Triumphatus Or Full and Plain Evidence Concerning Witches and Apparitions by Joseph Glanvil, published in 1681.

It includes a detailed account, written by Edward Fowler who was Prebendary of Gloucester and talks about the appearance of the ghost of Mrs Bretton, who was the daughter of William Sherborne, Rector of Pembridge in the 17th century. She married Dr Bretton, who, although is mentioned below as a Rector of Pembridge, was more likely to have been a curate for the village.

Dr. Bretton, late Rector of Pembridge, near Hereford, was married to the daughter of Dr. S. This gentlewoman was a person of extraordinary piety, which she expressed, as in her life, so at her death. She had a maid, of whom she was very fond, whose name was Alice, who was subsequently married to a young carpenter, a near neighbour. Not long after Mrs. Bretton’ s decease, as Alice was rocking her infant in the night, she was called from her cradle by a knocking at the door, which opening, she was surprised at the sight of a gentlewoman, not to be distinguished from her late mistress, either in person or habit. She was in a morning gown, the same appearance with that she had often seen her mistress wear. At first sight she expressed very great amazement, and said,

“Were not my mistress dead ? I should not question but that you were she”.

She replied, ” I am the same that was your mistress”, and took her by the hand, which Alice declared was as cold as ice ; she added, that she had business of great importance to employ her in, and that she must immediately go a little way with her. Alice trembled, and besought her to excuse her, and entreated her very importunely to go to her master, who must needs be more fit to be employed; the spectre answered, that he who was her husband was not at all concerned, but yet she had a desire rather to make use of him, and in order thereto had several times been in his chamber, but he was still asleep, nor had she power to do more than once uncover his feet, in order to awaken him; and the doctor said he had heard walking in his chamber at night, which till now he could not account for.

Alice next objected, that her husband was gone on a journey, and she had no one to look after her child, and that it was very apt to cry vehemently, and she feared if it awoke before her return, it would cry itself to death, or do itself a mischief; the spectre replied, “the child should sleep till her return”.

Alice, seeing there was no avoiding of it, sorely against her will, followed her over a stile into a large field, when the spectre said to her, ” Observe how much of this field I measure with my feet”; and when she had taken a good large leisurely compass, she said,

“All this belongs to the poor, it has been gotten from them by wrongful means”; and charged her to go and tell her brother whose it was at that time, that he should give it up forthwith, as he loved her and his dear aged mother. This brother was not the person who did this unjust act, but his father; she added, that she was the more concerned, because her name had been made use of in some writing that related to this land.

Alice asked her how she could satisfy her brother that this was no cheat or delusion of her fancy? She replied,

“Tell him this secret, which he knows only himself, and I am privy to, and he will believe you”. Alice having promised to go on this errand, the spectre proceeded to give her good advice, and entertained her all the rest of the night with heavenly and divine discourse. When the dawn appeared, they heard the whistling of carters, and the noise of horse- bells, whereupon the spectre said,  “Alice, I must be seen by none but yourself”, and then disappeared.

Immediately Alice makes all haste home, being thoughtful of her child, but found it as the spectre had said, asleep, as she left it. When she had dressed it, and committed it to the care of a neighbour, away she went to her master the doctor, who, amazed at the accounts she gave him, sent her to his brother-in-law. He, at first hearing Alice’s story and message, laughed at it heartily; but she had no sooner told him the secret, but he changed his countenance, told her that he would give the poor their own, and accordingly he did so, and they now enjoy it.

This is attested by me, 17th February 1681. Edward Fowler