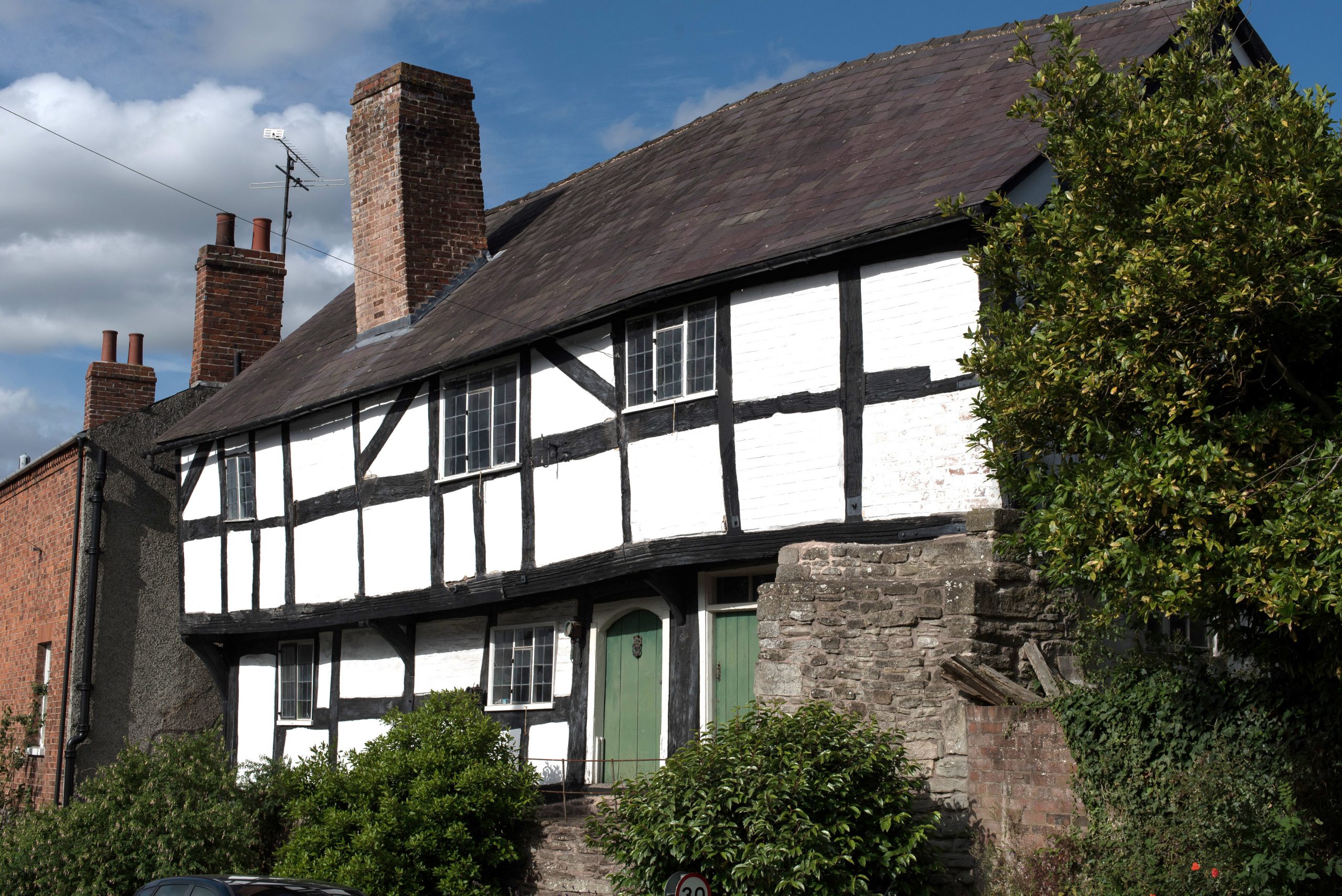 William Carpenter, Esq. a prosperous layman who was born in Pembridge, left money in his will of 1650 to endow a free school in Pembridge for the children of the poor. The school may have been established before this, possibly as early as 1616. The school used an existing building, which still survives today and can be seen in the photo above. This was a timber framed property, next to the church which was probably built in the 1500s. In 1680 the schoolmaster was James Williams.

The school was administered by the churchwardens and from the church warden account books there is evidence showing a number of repairs to the building over the years. In 1712 they mended the chimneys; in 1719 the walls were repaired with 2 loads of clay and severn burdens (or loads) of rods. These were probably split hazel wattles to make up the wattle and daub walls. In 1773 the roof was re-thatched, however at some point the thatch was replaced by tiles that exist today.

In 1782 an inventory was taken of the school and the contents were as follows:

seen and compared & do agree with the above by us
Henry Copner
Thos. King April 28th

In 1841 James Higginson, aged 35, was the schoolmaster living in the school building with his wife Mary and their 7 month old baby. Mary was also the schoolmistress but taught the girls elsewhere in a room that was rented for £4 per annum. Her salary was £20 and she had 50 girls on the roll, 40 of which turned up regularly for lessons. They were taught reading, writing and arithmetic, but also knitting, spinning, plain sewing and plaiting straw for their bonnets.

James had a salary of £25 and also had 50 students on his roll but only 16 to 30 boys turned up regularly. They also learnt reading, writing and arithmetic. The school continued until 1866 when it was absorbed into the newly built ‘National school’ which exists today as Pembridge CE Primary school.