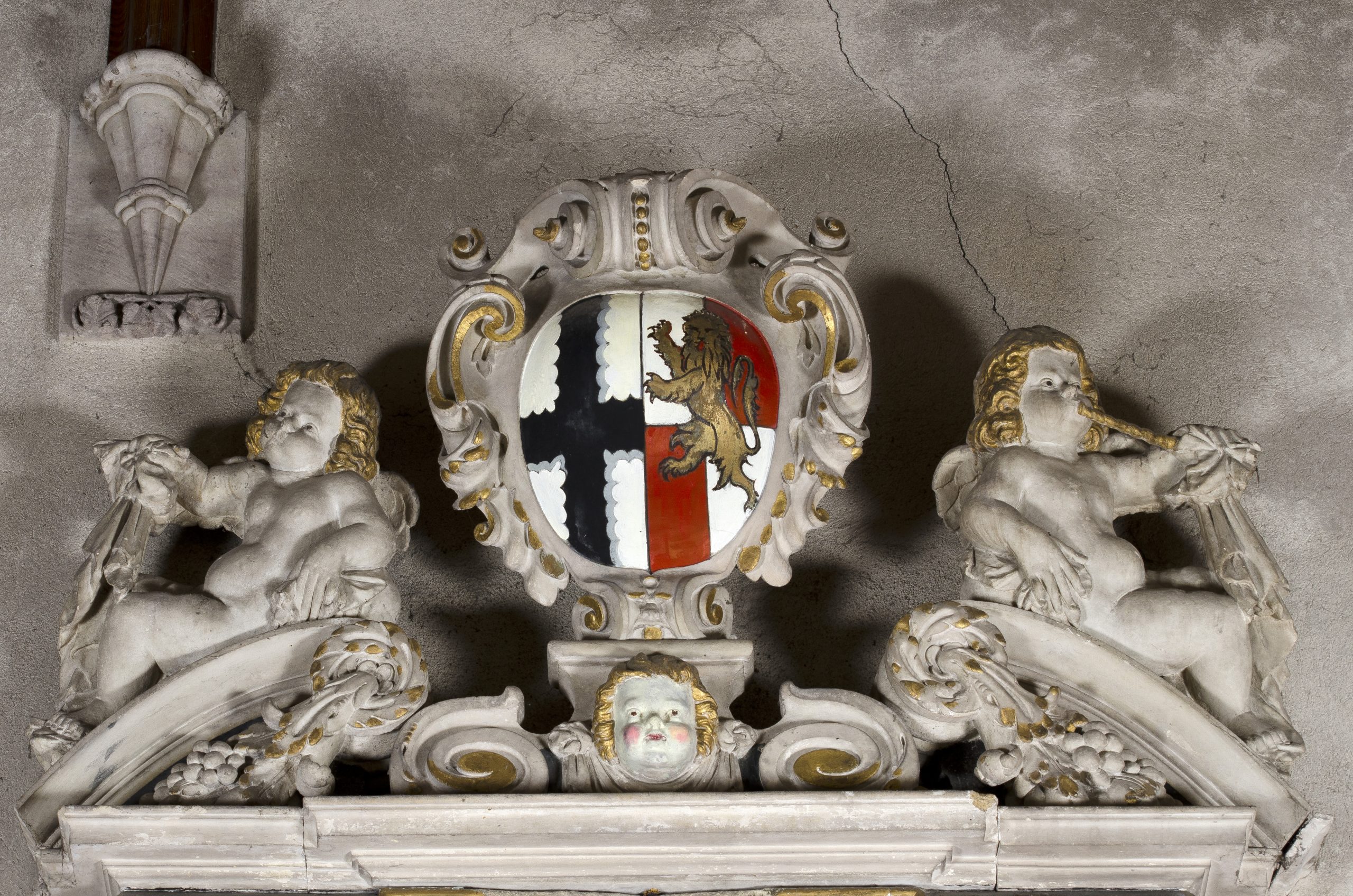 We’ve mentioned previously the Trafford Alms Houses, paid for by a bequest by Thomas Trafford and his wife Alice. Thomas Trafford was the Rector of Pembridge from 1667 until 1685. He was probably born around 1630 and educated as a Doctor of Divinity in Cambridge.

He married Alice, the daughter of William Sherbourne, who was also a Rector of Pembridge. He died in 1685 and has a memorial tablet in the Chancel. It is written in Latin and although we have a transcription we would be very grateful if anyone could provide a translation. The last few lines on the tablet have ben identified as being taken from Isaiah 57 V 1-2: 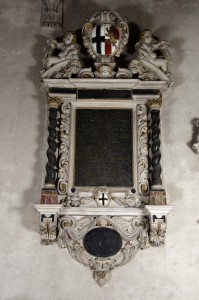 The transcript of his memorial is as as follows, although is is worn and may have errors in places

In his will he left the majority of is belongings to his wife Alice Trafford and property in Chester to his mother.  He also left £10 to be invested and the interest given as bread to the poor of Pembridge who attend Church on Good Friday.

Will of Thomas Trafford

In the name of God Amen

I Thomas Trafford Rector of Pembridge the County of Herefordshire this the eighteenth day of June in the out and thirtyeth yeare of the reign of  our Sovereign Lord Charles the second of England Scotland ? and  Ireland King Defender of the Faith and in the yeare of our Lord one  thousand six hundred seventy nine being in health of body and soundness of mind and perfect understanding doe make this my last will and Testament in manner and forme following Imprius I bequeath my soule into the hands of my great Creator who first gave it me and my body to the earth from whence it came to be buryed at the direction of my ? hereafter named hopeing in a joyfull resurrection to eternal life through the merits of Jesus Christ my Saviour And for my Worldly estate which God hath given to me I thus before it bestow it

And whereas my two tenements in Stoke in the County of Chester both in the possession of Timothy Barker are both assigned over to my Mother during her life my will for the disposallof them after her decease is ? I give devise and bequeath all that Messauge and Tenement with its appurtenances to ? was heretofore Mr Banners unto my welbeloved wife Alice Trafford to have andto hold after my Mothers decease during her life And after her decease I give it to my ? William Greene and his heirs for theremainder of the lease

It. I give devise and the bequeath the other tenement with its apputenances  being neare the Church unto to the above said William Greene heirs or Assigns after my Mothers decease

It. I give all those goods that I have in Cheshire to be absolutely at my mothers disposall

It. I given to the parish of Pembridge the sume of Tenne pounds to be put out to interest which interest I order to be disposed every yearly to be distributed in bread to poore people which shall be at the Church on good friday this routine forever

lastly all the rest my good chattells bonds and debts I give unto my dearly beloved wife Alice Trafford who I make my sole heir of this my last Will and Testament renouncing all other former Wills whatsoever In witness whereof of I have hereunto putt my hand and and seale the day and yeare above written. Tho: Trafford ? signed and published in the presence of us Essex Sherbourne William Higgins ? Morgan
his mark.