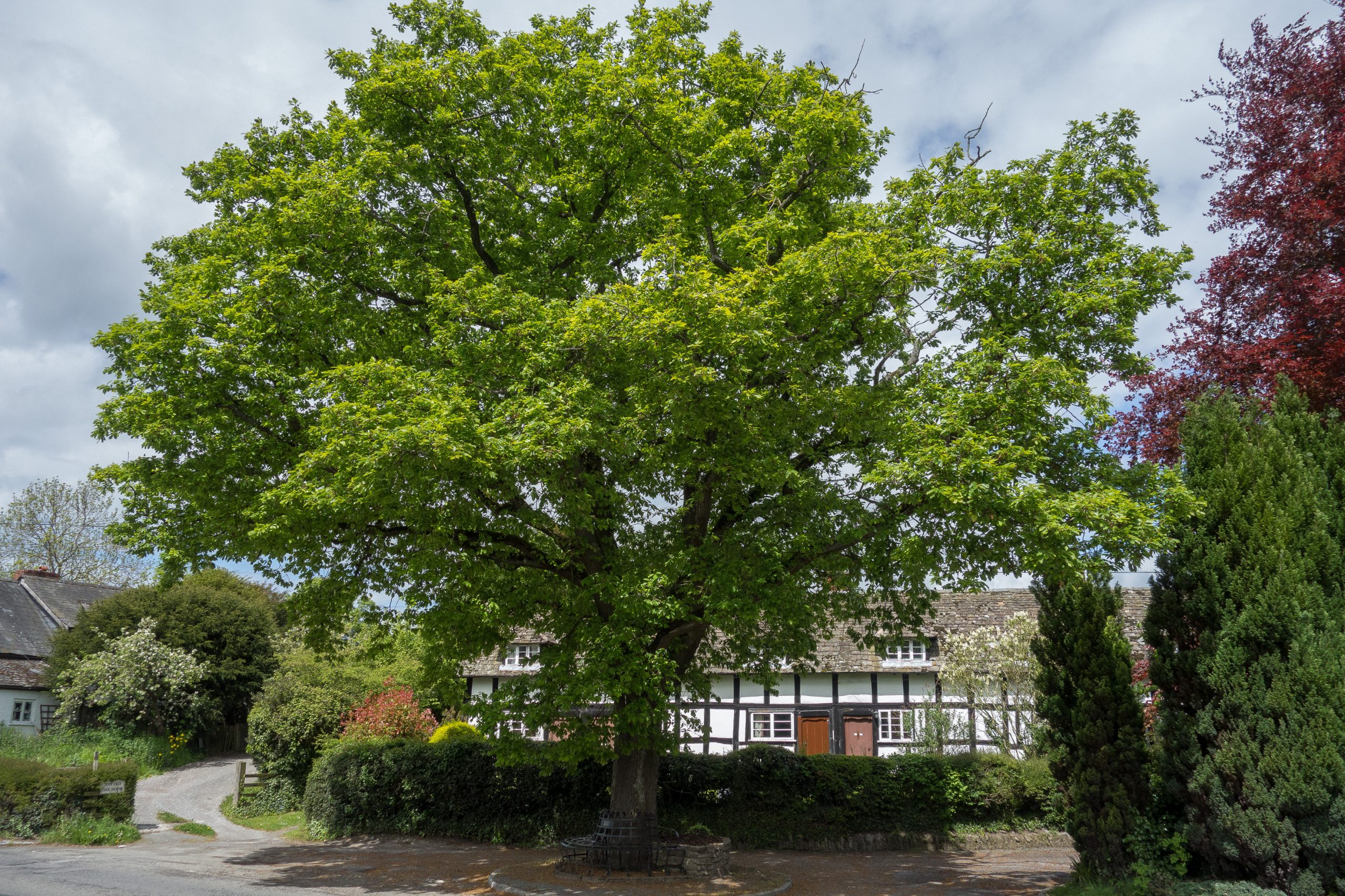 The oak tree that stands in front of the Trafford Almshouses in East Street was grown from an acorn brought back from Verdun in France.

One story goes that troops brought acorns back from France after the battle of Verdun. There was a fete held in Lyonshall to raise money for the troops and Colonel Benn of Moor Court bought some of these acorns. He planted one on the Moor Court estate and also, it is thought, the one at Pembridge.

It seems that the planting of acorns from Verdun was not unique to Pembridge and Moor Court and that there are oaks grown from Verdun acorns at many places in the country including Kew Gardens, Lichfield, Coventry and Swansea.

A possible explanation of this suggests that a box of chestnuts and acorns were sent from the Deputy Mayor of Verdun to the London and North-West Railway Company so that they could be sold to raise funds for the War Seal Foundation (London and North west Section). Sample boxes were sent to towns and cities along the route of the railway of which Lichfield would be one. Each of these sample boxes contained 1 chestnut and 3 acorns and instructions from the Curator of the Royal Botanical Gardens Kew on how they should be planted. Perhaps it was one of these sample boxes that Colonel Benn bought in Lyonshall.

A sad update to the story of the oak tree. In September 2020 the tree was chopped down as it had split at the trunk and become a hazard. The base of the trunk has been left and several acorns were taken away, so there may yet be more oak trees to come as part of this story.