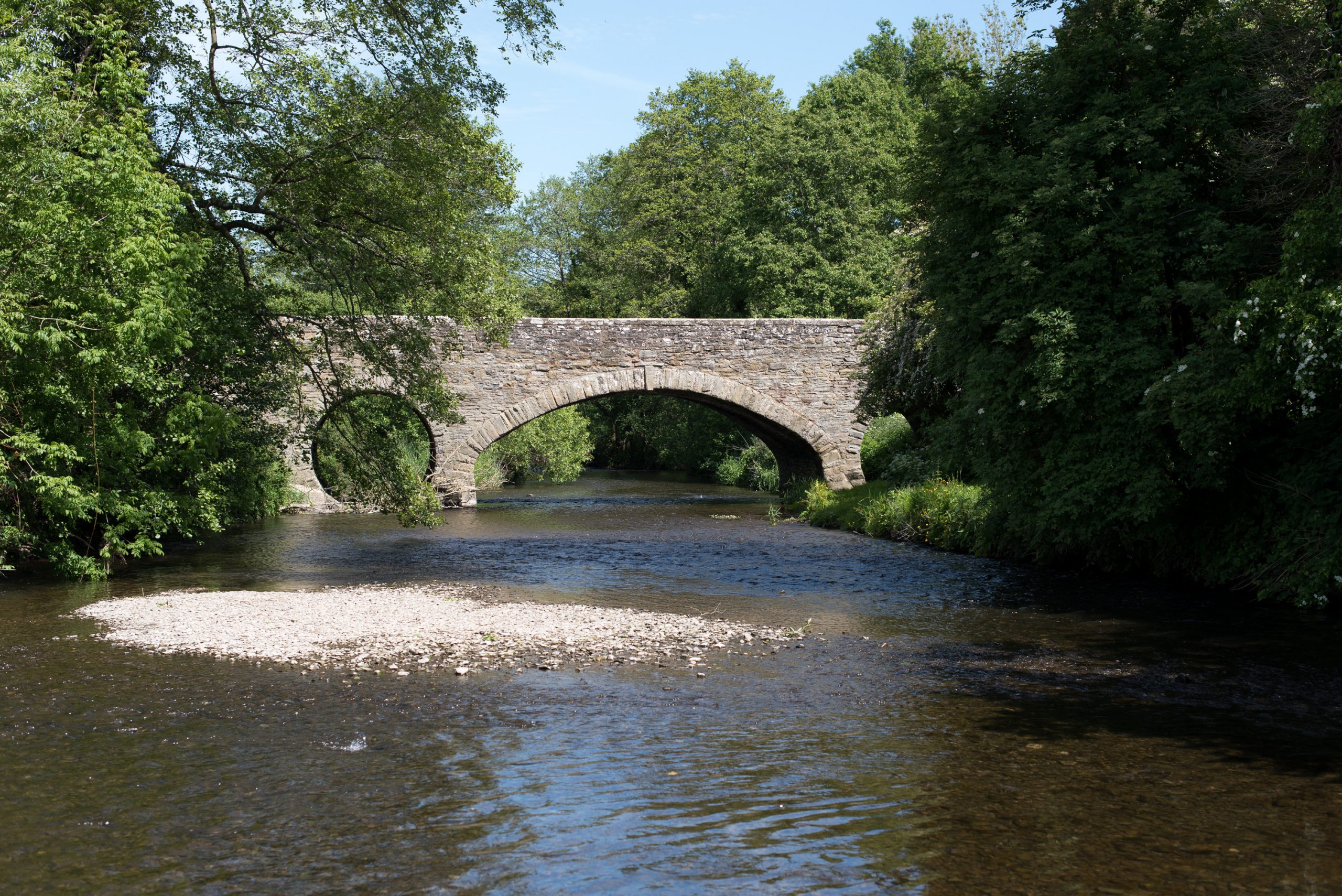 Today’s blog post is based on some notes made in 1970 by Kath Aston, a historian who lived in the village for many years, based on her discussions with elderly residents about fishing the River Arrow in the 1900’s. The river is still fishable by parishioners today, but some of the techniques mentioned below are definitely not recommended including robbing wasp’s nests and shotguns! 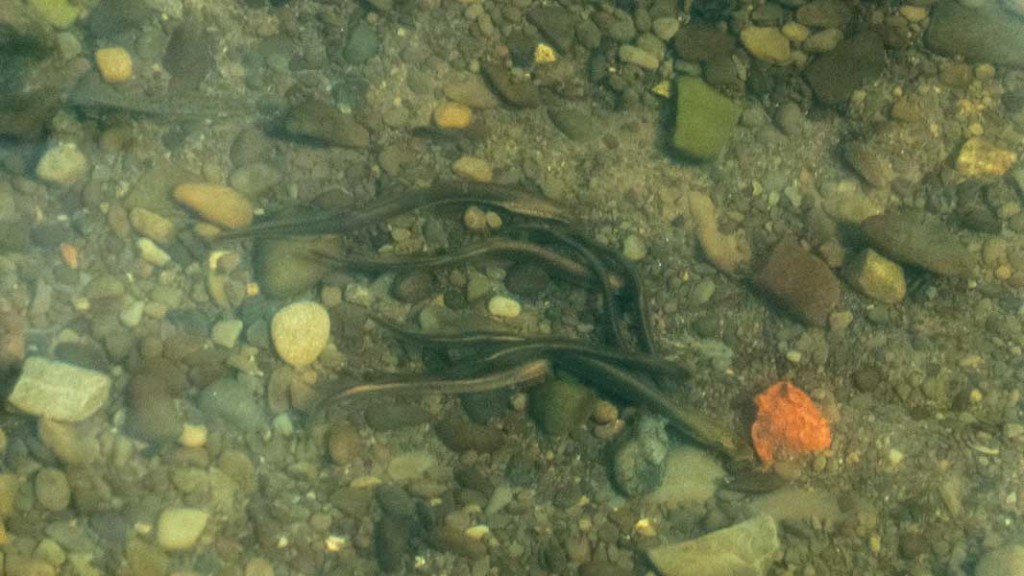 Eels in the River Arrow at Pembridge

Pembridge was fortunate when a Yorkshireman named Billy Burnett became headmaster of the village school in 1881 for he was a talented musician and became organist and choirmaster at the Church. He was also a keen naturalist and an expert angler. In addition to taking an active part in village life he greatly encouraged the villagers, including scholars, to follow his pursuits, especially angling.

At the beginning of the century parishioners were free to fish a long stretch of the River Arrow from the village green to where it leaves a place known as the Long Meadow, this pleasure is no longer available for the present generation who now have to rely on other forms of recreation and entertainment. Before the advent of Radio and Television Broadcasting there was no greater pleasure to be had by the villagers than spending an evening fishing the Arrow.

During the year Old and Young would meet at the river for fun and sport particularly at the end of May and early June when the May-Fly (commonly known as “Caddow”) was active – a period known as “Duffers’ Fortnight”. Trout at this time could easily beg caught by a novice.

Even better and more exciting sport occurred during the school summer holidays in July and August when Wasp-grubs were plentiful and used with much success. This was regarded as the best time of all for hooking trout and eels. Then nearly everyone in the village expected to enjoy the taste of delicious trout.

It was usual for many of the boys on holiday to look for and rob wasp-nests. Only a spade and a flask of gun-powder was required for the job.

The method of robbing a wasp’s nest was by moistening a small amount of powder which was rolled into a pellet (called a “devil”) which was put in the end of a split hazel stick. After igniting, it was placed in the entrance to the nest and covered with a piece of turf.

This soon subdued the wasps and it was then easy to obtain several cakes of grubs. These were prepared for the fish by baking or sometimes by boiling in water with the addition of a little salt. Grubs selected for fishing were put in small tins of bran or sawdust. Others – called Wasters – were retained in larger tines to use as “free-samples” for the fish.

The procession to the river usually began early in the evening. Youngsters first and the Old Hands later. After baiting the fancied parts of the river (known as “holes”) – providing river conditions were good –  the sport would soon begin. For many of the anglers it meant an “all night sitting” by the river for no-one dared return home without trout for breakfast for fear of disgrace.

Some of the old men would take it easy and if sport was slow would drop of to sleep with rod in hand waiting for a tug on the line. One veteran found asleep when wakened remarked “It’s no good tonight … Um. Be all gorged!” (i.e. overfed). Nevertheless he would not go home without a fish.

Another old inhabitant who lived in a cottage by the river could not use a fishing-rod owing to poor eyesight (he always wore an eye-shade). He fished with a shotgun and would patiently wait on the bridge for children to tell him whenever fish could be seen in the water close enough to shoot at, while his grandson stood at the riverside ready to wade in and act as retriever. This way of getting trout met with some success. When asked how he managed to get good results he replied, “I stuns em”.

Fishing the river Arrow is now mainly confined to the expert Fly-Fisherman, but it is doubtful if the results are as good as those obtained by the “rustics” of the good old days.

The size of the fish caught in the ‘good old days’ can be seen from an undated magic lantern slide from the village. Magic lanterns were an early form of projector and the slide shows the results of a fishing competition in the village, hand scratched into black paint. 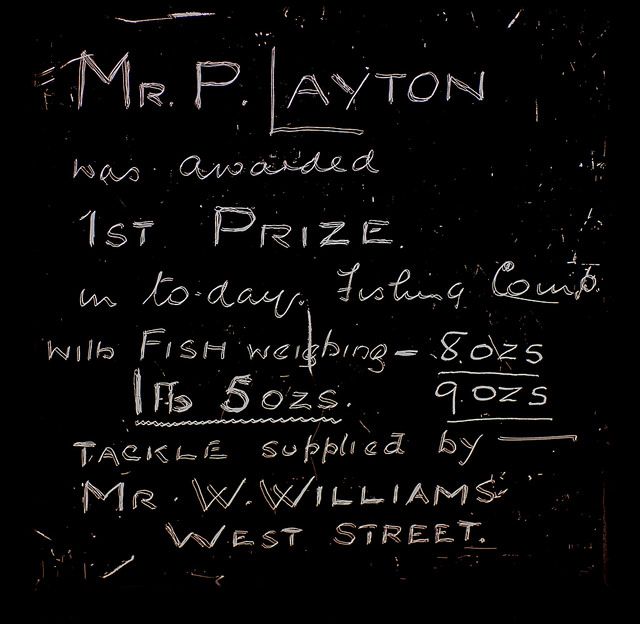