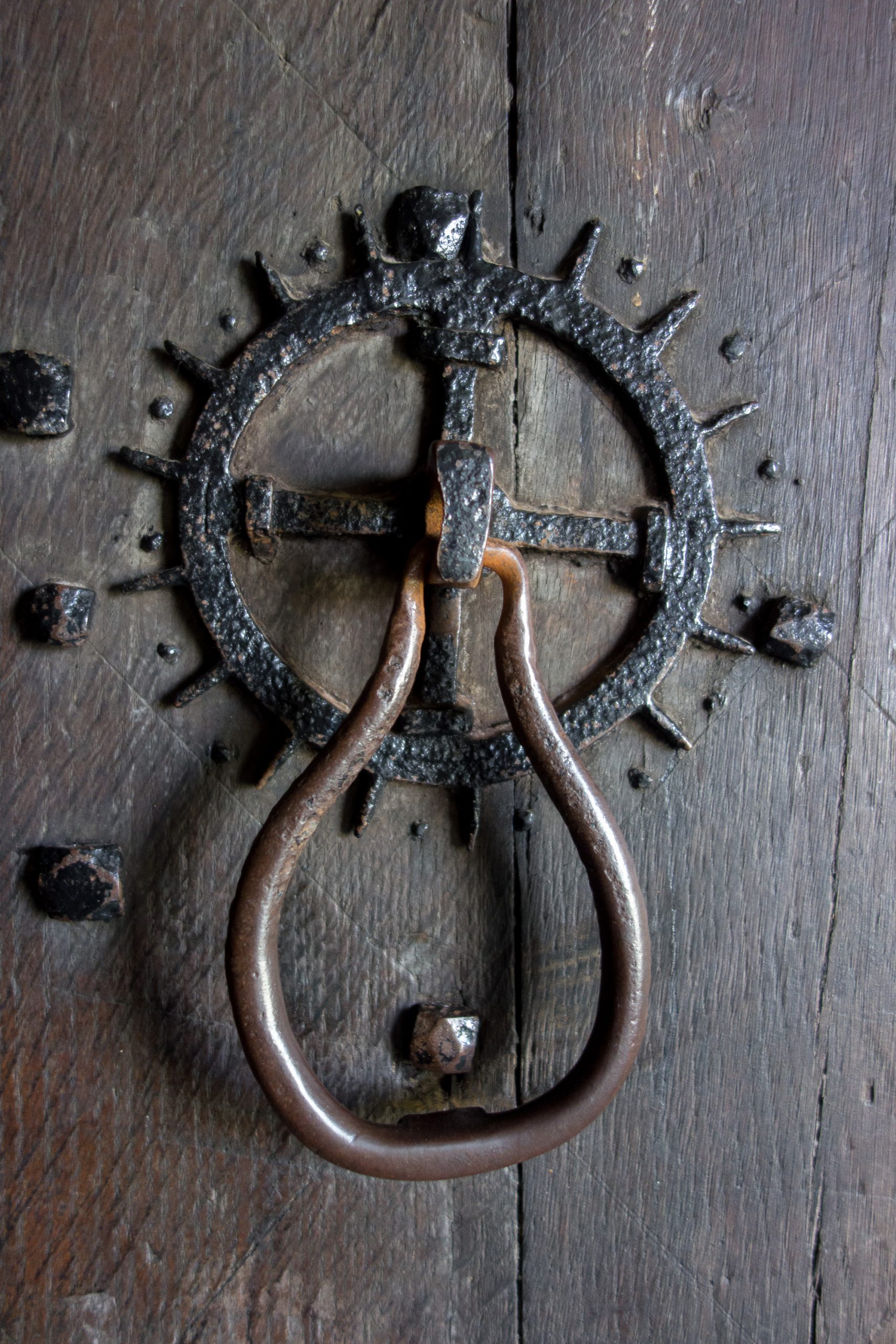 The north door of Pembridge church is made from solid oak with metal nails studded throughout and fine hinges. But it is the knocker on this door which is the topic for today’s blog post.

This is a simple iron door knocker which dates to medieval times, and is a sanctuary knocker, which according to medieval English law, gave anyone who touched it the right of asylum within this church.

A fugitive from the law could, after touching the knocker, claim sanctuary in the church for a period, usually 40 days, no matter what crime they had committed, including murder, (or alleged to have committed).  This meant that they could not be prosecuted, arrested or punished. During this period of sanctuary the fugitive had to decide if they were going to give themselves up to the authorities for punishment or to leave the land.

The latter involved taking the oath of abjuration, being escorted to a designated port, forfeiting all their possessions, and leaving the country, never to return. If they did to try to return they faced death.

The oath of abjuration was as follows:

“I swear on the Holy Book that I will leave the realm of England and never return without the express permission of my Lord the King or his heirs. I will hasten by the direct road to the port allotted to me and not leave the King’s highway under pain of arrest or execution. I will not stay at one place more than one night and will seek diligently for a passage across the sea as soon as I arrive, delaying only one tide if possible. If I cannot secure such passage, I will walk into the sea up to my knees every day as a token of my desire to cross. And if I fail in all this, then peril shall be my lot”.

When they had taken the oath they had to walk to the port allocated to them, which was a risky proposition. A large number just disappeared between leaving sanctuary and arriving in the port. This may be because they were killed along the way – if the person who had claimed sanctuary left the King’s Highway they could be executed and there may have been vengeful relatives waiting for them around the first bend to help them leave the highway. The other option is that the person who claimed sanctuary just took the opportunity to disappear into the countryside along the route, escaping without further punishment.