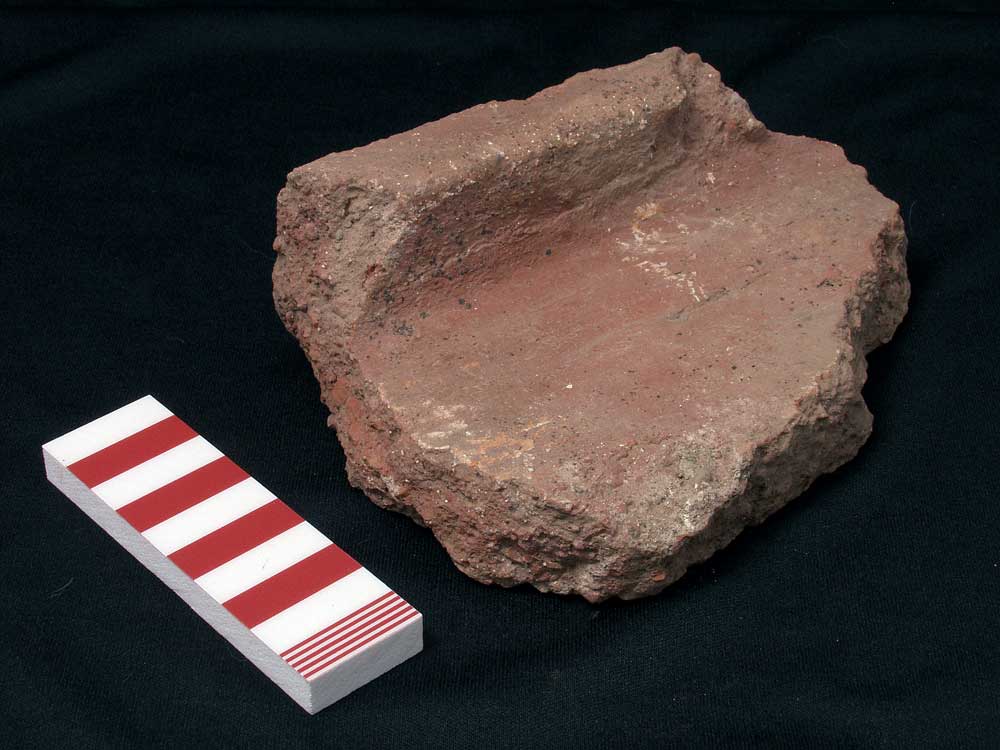 Most people, myself among them, think of Pembridge primarily as a medieval village, but there is strong evidence that shows this area was occupied much, much earlier, including during the Roman period.

A large, double ditched enclosure that was found near Pembridge has been interpreted as being the remains of a high status Roman farmstead, probably built around 100-200 AD, which was occupied at least until the mid 4th century AD.

Surrounding this large farmstead, a series of smaller sub-rectangular ditched enclosures has been identified, which were re-cut and re-orientated throughout the Roman period. These enclosures appear to represent the remains of a field system of Roman date and attest to intensive agrarian activity in this area until the late Roman period.

But there is more obvious signs of the Roman influence in the area. When digging the moat behind the church as part of the archaeological studies of the moat and mound site a red, Roman tegula or roof tile was found and photographed, which you can see in the photo at the top of the page. Similar tiles can still be seen on the outside of the church. If you look on the east wall, about half way up, a thin orange/red tile can be seen – showing that not the Roman influence in the area, but that our ancestors were into recycling as much as we are! 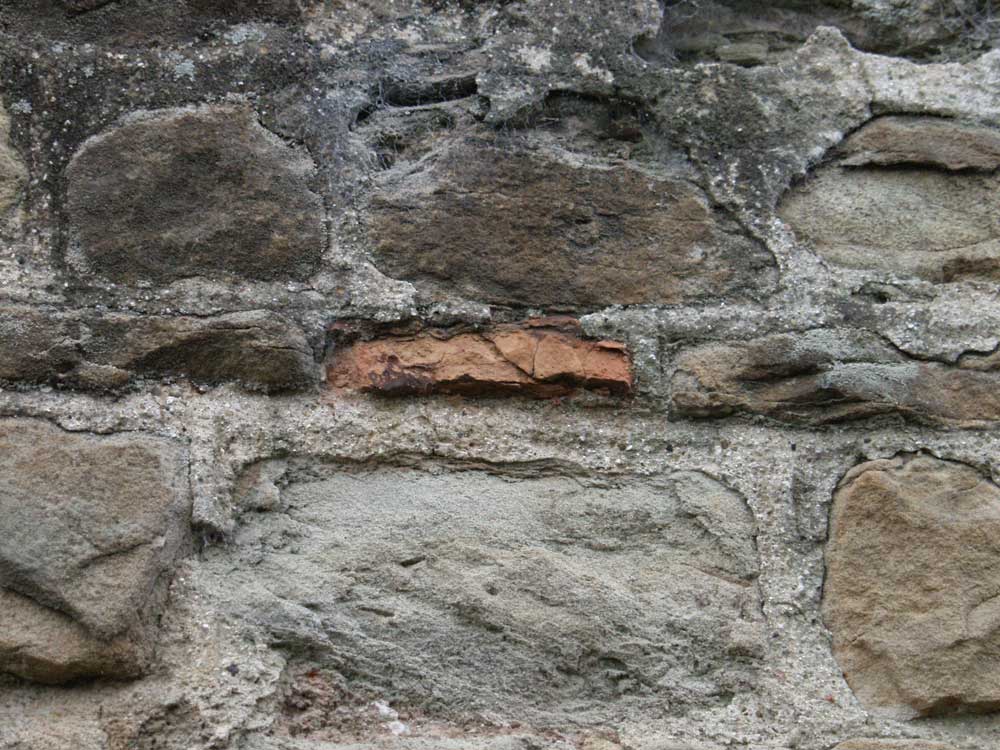 A Roman roof tile in the wall of Pembridge Church