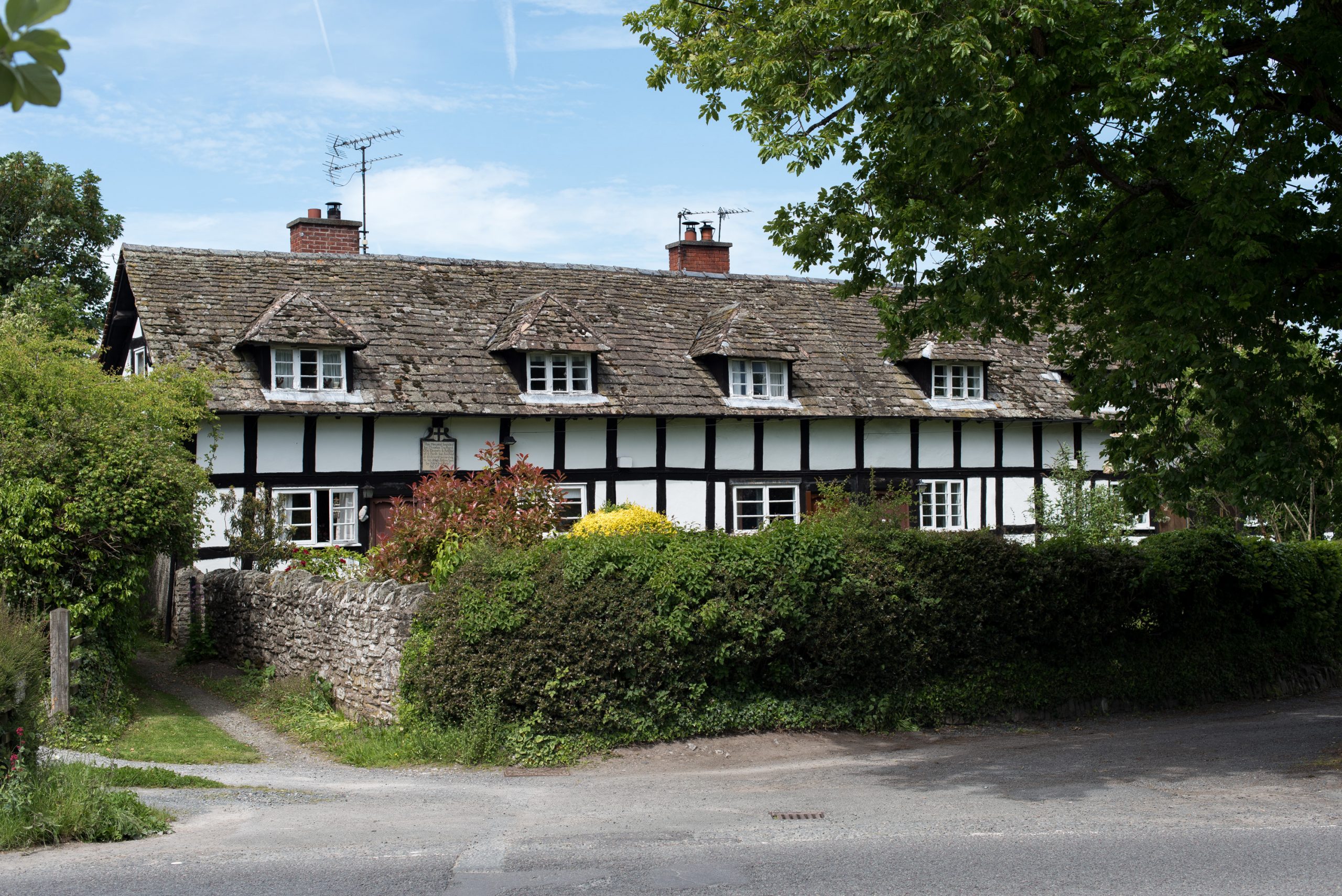 The Trafford alms houses, situated at the east end of the village, were, like the Duppa alms houses, named after their founders, Thomas and Alice Trafford.

Thomas Trafford was the Rector of Pembridge from 1667 until his death in 1685. He was probably born around 1630 and educated as a Doctor of Divinity in Cambridge. He married Alice, the daughter of William Sherbourne, who was also a Rector of Pembridge until 1667.

It appears that founding of the Trafford Almshouses were something that Thomas and Alice had decided upon before his death, as only two months after Thomas had died Alice had established a fund to support the almshouses. A deed, dated February 1686, shows that Alice gave a rent-charge issuing from a house in Kington, to support six poor people in Dr. Trafford’s almshouse in Pembridge. The trustees include three members of the Sherborne family, with whom she was related.

“This hospital founded
by Thomas Trafford
Dr in Divinity and Rector
of Ys Parish was finished
and endowed according
to his design & direction
by Alice his Relict. Ano Dni 1686”.

A relict is an archaic term for a widow. Both Thomas and Alice have memorial tablets in the chancel of Pembridge church. Alice’s tablet is made from brass and embedded into the floor next to the alter. It describes her as ‘a truly and charitable woman universally esteemed in her life universally lamented at her death.’

The crest shown on the board above the almshouses echo the crest in the foot of Thomas Trafford’s memorial tablet in the church.