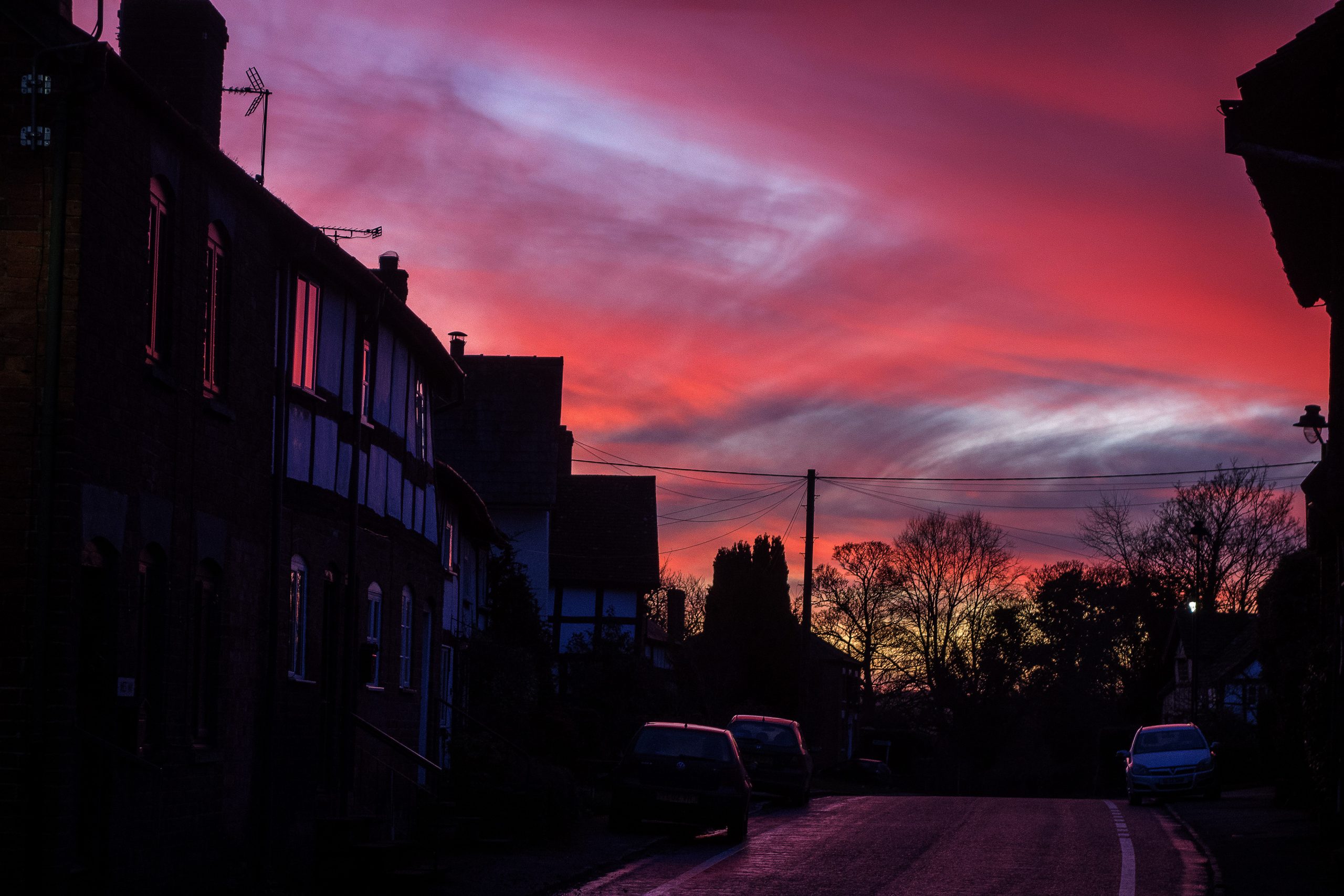 Any village has legends and ghost stories – Pembridge is no different. One of my favourites is the story of a fiddler.

This fiddler had got dressed up in his best clothes and walked to old Pembridge to play for a dance, possibly for a wedding, in one version of the story. After a successful evening, full of music, dancing,  laughter and possibly more than a glass or two of the local ale, he decided it was time to start walking home. He had got as far as Eardisland, a few miles down the road when he realised that he had left his gloves at the wedding. As they were a particularly fine white pair with red ribbons he decided to return for them.

But when he retraced his steps there was no sign of the village; it had disappeared, sunk into the marshland, disappeared for ever.

Until the twentieth century people believed that a stone dropped down a well on the site could be heard striking the top of the church spire far below.

The New Inn is said to have two ghosts haunting it. One is a young woman who awaits the return of her lover from some long-ago war. Nobody knows for certain which war and whether he was killed or simply deserted her. She apparently only makes an appearance to other women! The other ghost is that of a soldier who walks the corridors in a scarlet tunic, sometimes carrying a sword and at other times a drum.

The final legend of Pembridge, is that of the wife of a Minster who lived at the Byletts who, after her death, haunted the village in an effort to return in death some of the money she had stolen from the poor of the parish during her life.